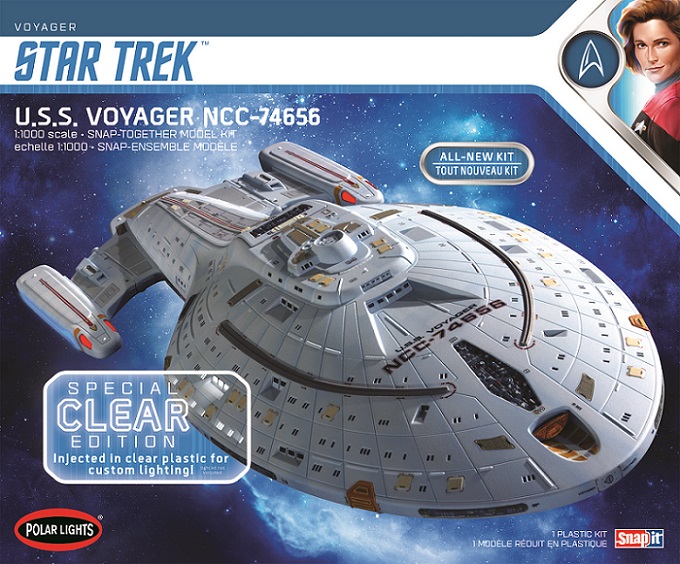 Two versions of the famous Starfleet ship from Polar Lights have just arrived and are available for delivery.
Both are on a 1: 1000 scale.

Anyone who has always wanted to call this Intrepid-class ship their own now has the opportunity. Two different versions of Polar Lights have been released.

The first version contains an extensive decal sheet with around 100 stickers and consists of 58 individual components. The construction of this snap kit is very easy for beginners, no additional colors or glue are required.

The second version is basically identical to the first, but contains clear parts for the Bussard Collector, the Deflector Array and some windows. This makes it easier to equip the model of the Federation ship with lighting later.
Both models are later about 34 in length. 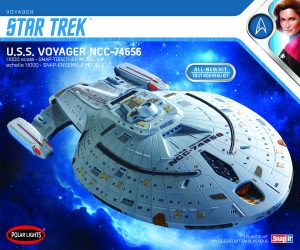 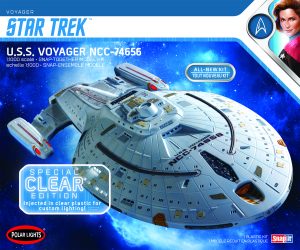 Click on the pictures and you will be taken directly to the shop.