Takom has announced four interesting new models. Including this German zeppelins from the time of the First World War.
We have listed further information and links to the shop for you in this post.

The company Zeppelin Luftschiffbau built a number of copies during the First World War. These were used on the German side by both the imperial navy and the German army for bomb attacks and patrols.

Links to pre-order in the shop:

TAK6001 SACHSEN-CLASS FRIGATE 3 IN 1
In cooperation with our own brand Das Werk, Takom Model is also bringing a model from the Sachsen class to the model shipyards. The frigates of this class are currently in service with the modern German Navy (Deutsche Marine).
One of the three existing ships is buildable:

TAK3002 LUN-CLASS EKRANOPLAN 1:144
With this model of a vehicle of the Soviet ground-effect vehicle class, also called Project 903 or known under the NATO code name Utka, another long-awaited model is finally coming onto the market as plastic kits.

When built, it will be approx. 51 cm long and contain three different decal options. 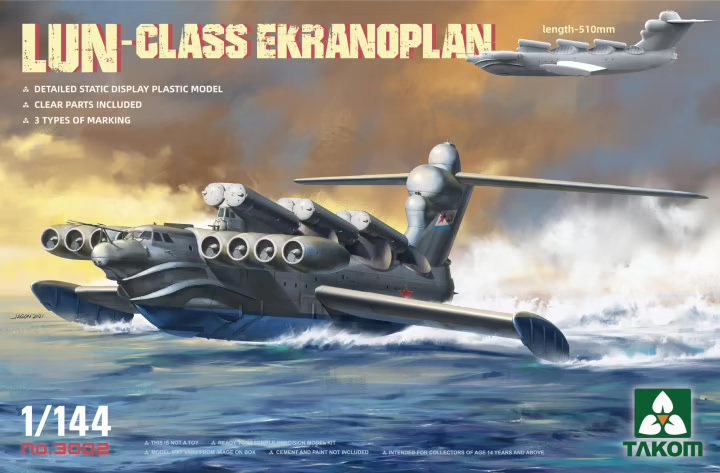 All four models should arrive around the end of October.