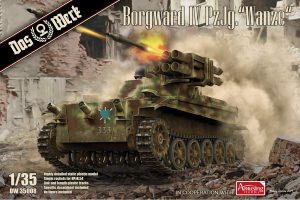 Yes, two posts about new products from Das Werk are now following each other directly, but what should we do? There comes directly the next highlight. 🙂

At the 1:35 scale, Das Werk Scale Models will release the Borgward IV Panzerjäger Wanze on your crafting tables at the beginning of September. For the first time there is this tank destroyer in 1:35 scale as a plastic kit. Equipped with six tubes for the anti-tank rockets 54 (Panzerschreck), the Wanze posed a threat to advancing enemies. 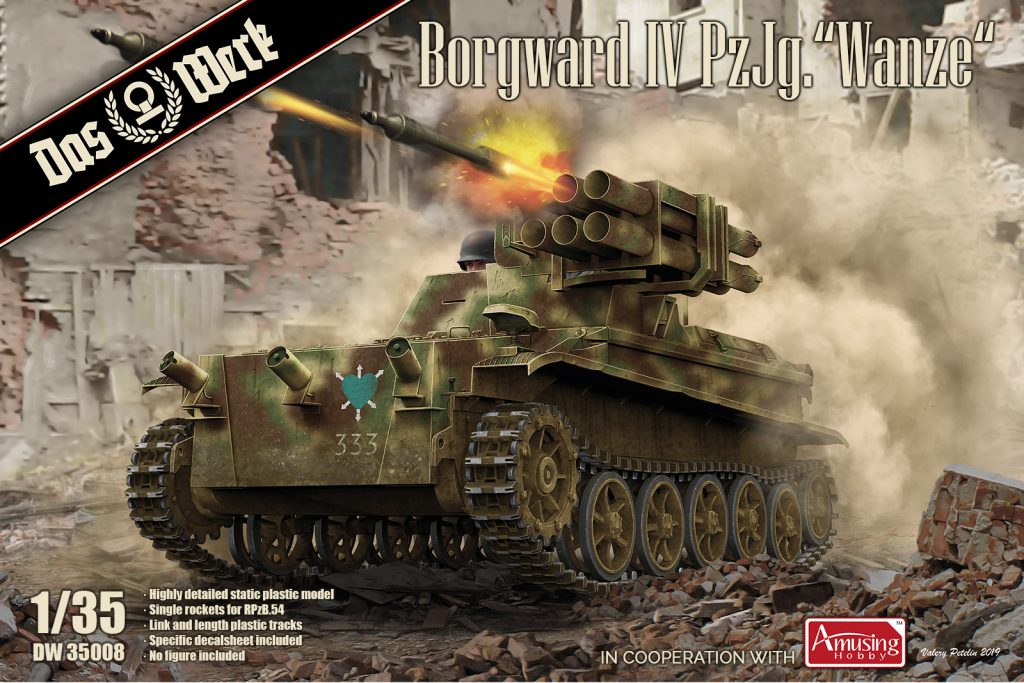 The vehicle was mainly used at the end of the Second World War on the Eastern Front and the Battle of Berlin (Endkampf). Unlike the Panzerkleinzerstörer Rutscher this is not a pure concept, but a really used vehicle. 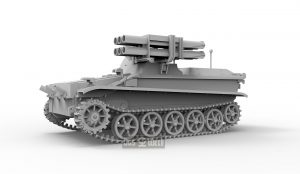 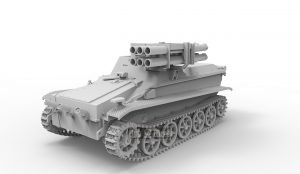 Three different decal variants are included. In addition, five different paint proposals from Ammo by Mig are included with the kit. Four of them for vehicles used by the German Wehrmacht and one color profile for a Soviet conquered vehicle. 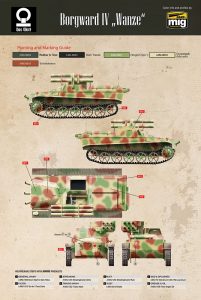 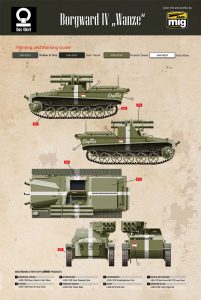 You can find further information about the kit and additional pictures directly on the Das-Werk-Models.com page.
https://www.das-werk-models.com/products/borgward-iv-pzjg-wanze/

On Modellbau-Koenig.de you can pre-order the Wanze already for a favorable pre-order price.
You can find the model under DW35008 Borgward IV PzJg. Wanze in the online shop.

How do you like the announcement? Did we hit your taste with this extraordinary tank? Is the vehicle interesting for you or were you hoping for something else?